Like many others, Cassie Green’s entrance into the world of entrepreneurship was a result of several important factors coming together at just the right time – dissatisfaction with a current job, a passion for cooking, a sincere interest in seeing her community grow and most urgently of all, a craving for ice cream.  While picking up a typical pint of the stuff at a local gas station, Cassie realized exactly what her neighborhood of West Town, Chicago was really lacking – a market where you could buy quality, locally sourced groceries and feel good about both where you were shopping and what you were eating.  Cassie had the concept and the experience in retail, sales and management to imagine her vision as a reality but found guidance from her SCORE mentors in creating a concrete roadmap for bringing her idea to fruition.

After several months of planning, Cassie officially opened the doors to Green Grocer Chicago in 2008 at a time when others may have been scared off by the current economic conditions, namely the worst recession her generation had seen thus far.  But the Green Grocer team had a few tricks up their sleeves to help weather the storm, not the least of which was the growing interest in organic and sustainable lifestyles and the burgeoning local shopping movement. Cassie says she saw the trends popping up everywhere from popular books like Omnivore’s Dilemma to movies like Food, Inc.  Once the consciousness on these issues was raised, people still cared during hard economic times, she says; “When you know about the importance of eating healthy and local, it’s hard to forget that when times get tough.  Many customers would come in and pick up just a few key items that were important to them.”

The acquisition of a liquor license also helped to boost the store’s sales and opened up a new opportunity to expand their product offerings to include local favorites like Two Brothers Beer.

Though the revenue numbers her business plan had projected the store to reach in Year 5 seemed outlandish at the onset, the business reached and surpassed them in just Year 3.  Then they doubled those numbers in Year 4 with sales at nearly 300% of what they had achieved in Year 1.

She started with just a single employee and now employs a team of 6.  She says she’s been lucky to find people who are great at this job and are also really passionate about the work.  Sincere, authentic passion is what helps entrepreneurs get through the tough times, Cassie advises.

Green Grocer is now in the early stages of opening a second retail location.  Cassie was recently awarded the 2012 Green Award by Chicago Magazine. Click here to read more about this award. 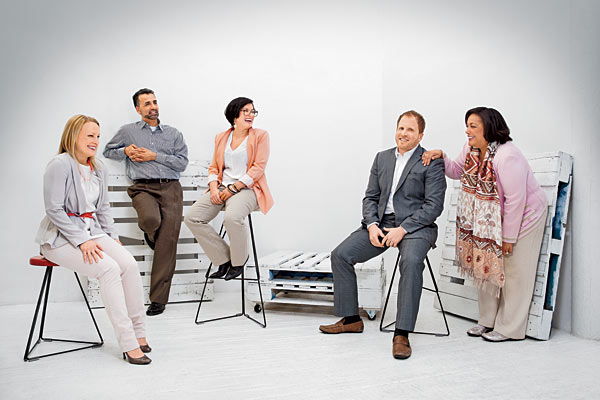 Cassie attended the Simple Steps for Starting workshop series hosted by SCORE Chicago and found the sessions to not only be full of useful information but also a fantastic opportunity to interact with others in the same position as her - just setting sail on their entrepreneurial adventures.

What's great about my mentor?

“My mentors helped me create a roadmap for my business and see that I was approaching it from the wrong direction.”  With a long history in retail, Cassie’s first instinct was to find the vendors and suppliers her business would need to get going.  But her SCORE mentors, Art Krause and Frank Parz advised that a solid, well thought-out business plan was the true first step on the road to making her dream a reality.  Cassie took the advice and spent a solid 3 weeks developing, revising and reviewing her business plan with her mentors.  She was able to use the plan to secure the loan she needed to start.  Her mentors also informed her of financing opportunities she hadn’t considered but which she qualified for, including the Patriot Express Loan.

“It’s great to get a perspective from someone who doesn’t have a personal interest in the business,” she says.  “They are totally objective and just want you to succeed.”